Since I switched jobs in 2011, I considered my job relatively stable. This is why I chose to focus on debt repayment in the beginning and worry about building up savings later (We use an online savings account so that we dont have to remember the transfer). Once we got married, my wife and I decided that we should start an emergency fund, so by now, we’ve got about 2-3 months of living expenses built up in there. We are still building up our emergency fund right now, but not nearly as fast as we used to be. We’ve focused more of our resources on upgrading our house and paying down the 0% interest note that we took out to replace the windows.

On friday afternoon, an emergency meeting was called at work. I had a feeling it may relate to the shutdown of the federal government in some way, but wasnt sure and just went down when they called us. It turns out that some of the positions in my agency (and a few other state agencies) were funded in some way with money from the federal government through grants or contracts. Since the Feds have no budget and therefore no money, they were unable to pay the state this grant money, and the state didnt want to pony up the cash because the feds couldn’t assure the state that they would pay the state back the money that the state essentially fronted them. In my opinion, the state is doing the right thing here, because they shouldnt have to be on the hook for the feds screwing off.

Oddly enough, this is the second time that I had to worry about this. During the standoff in 2011, I worked as a contractor for the Fish & Wildlife service, and had they not gotten a last minute deal done, I would have been furloughed then as well – like many of my former coworkers are now (One has taken the time to arrange 4 gigantic tubs of his lego collection).

So everyone in the meeting was pretty nervous about getting laid off or not being able to come to work (understandably so). Some people even looked like they were going to toss their cookies. (This doesnt surprise me – after overhearing some of the things I’ve heard at work I think many of my coworkers are not very fiscally responsible). While they were telling us that just about everyone in my section was at least partially funded by the federal government, I couldnt help but bounce my head around. Thankfully, we have a well stocked (for us) emergency fund, and I wasnt going to be 100% without pay (I got 30% furloughed – meaning that I will be working 28 hours/wk for the foreseeable future). I could finally get the new bedroom in the basement wrapped up, and catch up on some of the smaller stuff around the house while I would normally be at work. I could work on some of my side projects and try and generate a little extra revenue and increase my side income.

It wasnt really much fun being in that room, but now I totally understand why people want to work for themselves. The company you work for doesnt really give 2 shits about you. Sure, our department head looked pretty upset that he had to do this, but at the end of the day, it was a financial decision that they needed to make and I was just (sort of) on the wrong end of it. If you work for yourself and dont depend on anyone to earn what you need to live, it would be a great feeling.

On the one hand, I really think that it sucks that because the people in washington would rather bicker and try and score points than do what they were sent there to do real people like me and my coworkers (and former coworkers of budgetblonde) get caught in the crossfire and end up losing money because of it. On the other hand, is that really their problem? We should have savings accounts and emergency funds anyway, so it shouldnt matter. Unfortunately it does though, and there are real people who will be hurting because of this. We will be OK, but worrying about potential loss of insurance benefits, retirement, and of course my paycheck, was not fun. Most of the congresspeople are giving their paychecks to chairty, but not NC-2 Rep Ellmers, who “needs her paycheck” 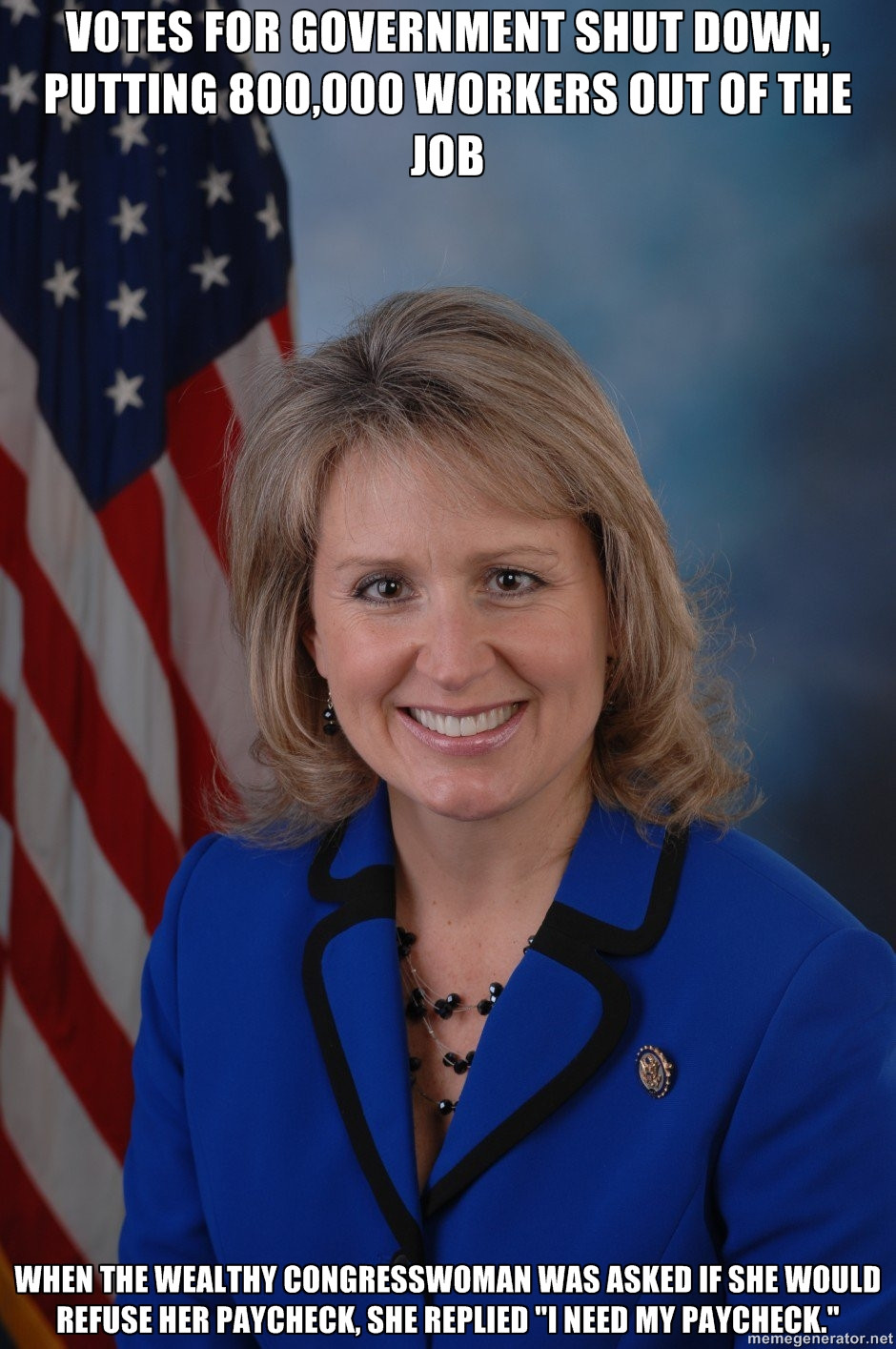 Thanks to the sacrifices that I’ve been making since 2009, and that my wife and I have made during the first year of our marriage, I was able to walk out of that room hardly worried at all about what the future might hold. I can honestly say that this was probably the first time I’ve ever had that sort of peace of mind in a situation like this, and all the hard work that we put in was totally worth every penny of it.

Readers: Did you get furloughed? If so, what are you doing with your time off?

Get great personal finance tips and smart ideas for living a sustainable life.
We use cookies on our website to give you the most relevant experience by remembering your preferences and repeat visits. By clicking “Accept”, you consent to the use of ALL the cookies.
Opt Out.
Cookie SettingsAccept
Manage consent

This website uses cookies to improve your experience while you navigate through the website. Out of these, the cookies that are categorized as necessary are stored on your browser as they are essential for the working of basic functionalities of the website. We also use third-party cookies that help us analyze and understand how you use this website. These cookies will be stored in your browser only with your consent. You also have the option to opt-out of these cookies. But opting out of some of these cookies may affect your browsing experience.
Necessary Always Enabled
Necessary cookies are absolutely essential for the website to function properly. These cookies ensure basic functionalities and security features of the website, anonymously.
Functional
Functional cookies help to perform certain functionalities like sharing the content of the website on social media platforms, collect feedbacks, and other third-party features.
Performance
Performance cookies are used to understand and analyze the key performance indexes of the website which helps in delivering a better user experience for the visitors.
Analytics
Analytical cookies are used to understand how visitors interact with the website. These cookies help provide information on metrics the number of visitors, bounce rate, traffic source, etc.
Advertisement
Advertisement cookies are used to provide visitors with relevant ads and marketing campaigns. These cookies track visitors across websites and collect information to provide customized ads.
Others
Other uncategorized cookies are those that are being analyzed and have not been classified into a category as yet.
SAVE & ACCEPT
Tweet
Share
Share
Pin