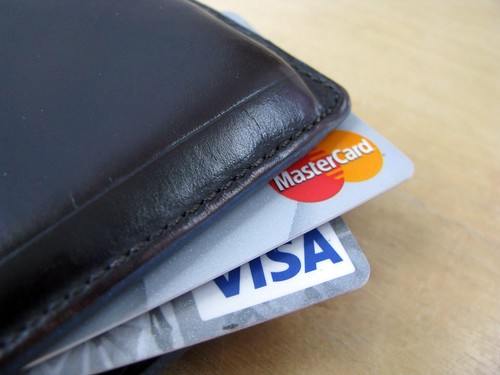 Boy, we’ve known each other for quite a while, but I’ve been feeling a bit queasy about our relationship for the past 3 or so years, and I wasn’t sure how to break it to you at first.  I decided that the best way for us to separate would be through this letter, which I will write and send to you, and then never look back.  There will be no more “emergencies” or “fun things I can’t miss out on” funded by you.  I’m sorry, but it has to be this way.

Boy, we have known each other for almost 8 years, can you believe it?!  Me neither.  It sure hasn’t seemed like that long.  Do you remember back when we had just met each other?  I wasn’t even in College yet, but you and I were growing close.  I would just charge a fuel purchase here or there to build our relationship, and then I’d get you back at the end of the month.  I always thought you were cool, because you never really seemed to mind that I paid you later.  You didn’t always seem too happy that I paid you back in full though, but I never seemed to mind.  I figured, that’s odd, but oh well.

Remember that time we got to College, and we made so many other friends?  There was the card with my school logo on it that gave me a sweet t-shirt, the card with the airline miles, and countless others.  They were all your friends to begin with, but soon the became our friends.  Some of them were some pretty cool cats, but some were pretty lame.  I mean they wanted me to pay to hang out with them every year, plus they didn’t give me any freebies?  Sorry I was so rude to them, but I think it was for the best.  Even though I never got along with all your friends, you still let me hang out, which I thought was cool.  I really appreciated that, man.

Little did I know that you were one of those true friends I kept reading about in books and stuff.  Do you remember that time I had that financial emergency?  I didn’t think you did, but remember how you were there to spot me the cash, and said it was cool?  You were even nice enough to set up a payment plan for me because  I had a job and you knew I was good for it.  That was really, really sweet.  You were there to spot me then and many other times in the coming months.  Not only were you there for the big emergencies, but the small not-so-much emergencies too, like going out to eat with my friends or hitting up the bar to hang out.  You were a pretty good friend to me then, man.

We had some good times, too.   First, we bought a new winter coat and some snowboarding gear in the winter.  Then, do you  remember when we went snowboarding in Lake Tahoe, NV for that spring?  It was a really awesome trip that you lent me the  money for 89% of.  That new computer I got a year later?  That was you too.  It felt great, having all that new stuff and doing all those things with you.  After a while though, our relationship became strained.  You started to get testy when giving me money, so I figured it was time to re-examine my priorities and think about what I was doing.

(Un)fortunately, I’ve been feeling our relationship has strained a bit, you know?  It’s just not the same as it used to be.  We’ve both grown up and bit and changed into different people, and our relationship has been neglected because of it.  I don’t know if you even noticed or not, but I haven’t even hung out with you in almost 2 years!  Can you believe that?  All I’ve been doing is paying you back, dawg.  While it’s been no fun for me, it doesn’t really seem like you care all that much.

I see you out and about with a much younger kid, much like I was when we met, and the two of you are having a grand old time.  I tried to talk to the kid about you, but you wouldn’t let me near him.  I just figured that if you and I were good friends, and you and him were good friends, then him and I were practically destined to be soul mates!  I thought that you were acting kinda rude, but I just sighed and let you and that young kid hang out.  One day (hopefully) he’ll grow out of your guys’ relationship, but for now, I hope he’s having fun.

Either way, credit cards, I think it’s time that you and I parted ways — no hard feelings or anything, but a clean break would be nice.  I know you’ll try & call me, send me letters in the mail (who does that anymore, anyway?) but my mind is made up.

ps: If you’re reading this, it means that I have (or will in 48 hours) sent the final payment to my final credit card with a balance on it, zeroing out my balance over all cards for the first time in longer than I care to remember.

18 thoughts on “A Break Up Letter”